Chantal Bucher on helping the next generation embrace a growth mindset

We all know that young brains are more flexible and plastic than our adult ones. But how can we help the next generation of talent to optimize their brain?

As the Principal of the Swiss International School Berlin, Chantal Bucher has a front-row seat to the development of young adults. In this episode of BrainyHeart, Chantal explores how she built the courage to take risks, how we can as parents and teachers instill this growth mindset in the next generation, and what we can learn from them ourselves.

Tune in now to discover:

Chantal Bucher has been the Principal of the Swiss International School Berlin since 2018 and has a nearly two-decades-long reputation in the education sector.

Shortly after receiving her diploma in art history – which provided her with an art and scientific background – she began to work in the public relations and education field. She has been responsible as a scientific employee in the Kunstraum Baden for museum education and administration and was the school administrator and teacher in the Kreisschule Surbtal.

Since finishing her initial study of art history, she has never stopped learning. Chantal in 2011 received the Certificate of Advanced Studies (CAS) in Project Management at the Hochschule für Wirtschaft Zürich and in 2014 finished an apprenticeship to Oberstufenlehrperson (High School Teacher) at FHNW.

Today, Chantal Bucher, in addition to being the Principal of the Swiss International School Berlin, also works as a manager in the FührerInnenteam at the Bruno Weber Skulpturpark.

To discover if you’re more left- or right-brained and how to leverage your strengths, don’t forget to download the “Boost your Brain” workbook! Sign up to the BrainyHeart newsletter now to receive it (and to get the latest episode & exclusive content delivered straight to your inbox):

Want to discover if you’re more left- or right-brained and how to leverage your strengths? Then sign up to our newsletter for your free copy of the “Boost your Brain” workbook! 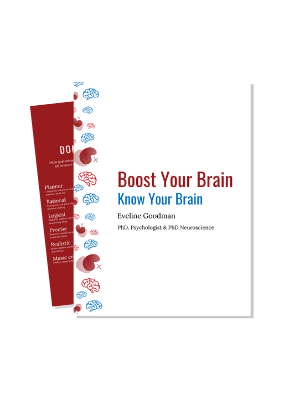